Part of the WE ARE screening project.

Zata Banks introduces a curated selection of short film artworks, chosen for their alignment with poetic structures and experiences, and with the visual, verbal and aural languages of poetry in various forms.

Parallax is the apparent displacement—or difference in the apparent position—of a visual object, when viewed along different lines of sight. In his book Transcritique, the Japanese philosopher Kojin Karatani uses the word ‘parallax’ to describe Kant’s shifting between contradictory perspectives. Kant’s Antinomies of Reason are contradictory propositions, which seem valid from their own perspectives, but which cannot be simultaneously true. Kant argues alternately from one perspective, then from the other, and Karatani describes Kant’s approach as establishing a parallax between philosophical positions. Karatani asserts that parallax does not equate with negativity, but it does not negate negativity either. The basis of parallax is the positivity of both positions.

Slavoj Žižek argues that in Karatani’s concept of the parallax view, the observed difference is not simply subjective, but that the viewer’s change in perspective reflects an ontological shift in the object itself:

“Sure, the picture is in my eye, but me, I am also in the picture” (Jacques Lacan, The Four Fundamental Concepts of Psychoanalysis, 1979). 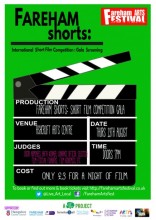 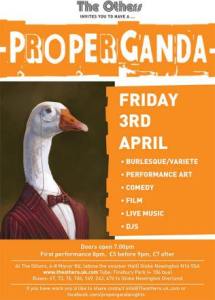 performance exploring the interaction of soundscapes, visuals, words and music, with narration assembled from extracts of classic fairytales.